Climb the highest sand dunes in the world. Descend to the floor of the deepest canyon in Africa. Immerse yourself in the past at one of the Africa’s richest rock art sites, and watch wildlife shimmer against one of the most spectacular pans on earth.

Book the adventure of a lifetime, build an unforgettable memory

Explore the oldest, driest desert in the world and take time to listen to the silence and to your soul.

View all our Namibia Tours and Packages

Namibia is on the South Western coast of Africa. She is bordered by the Atlantic Ocean to the West stretching for over 900 miles of uninterrupted wild coast. To the South is South Africa, to the West Botswana and North is Angola. 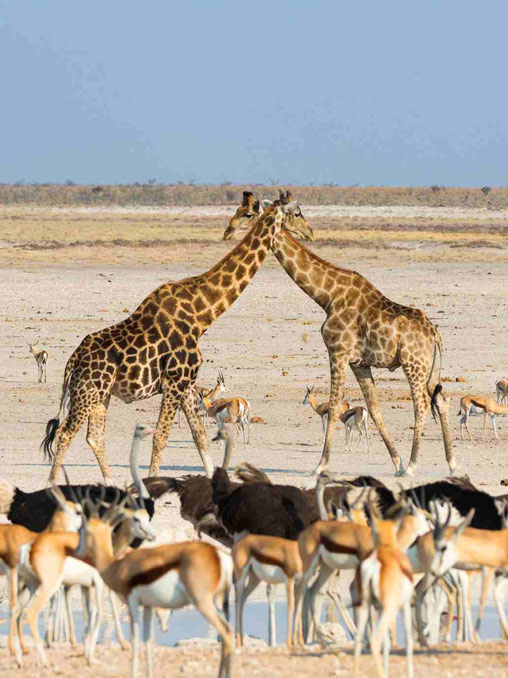 The ruggedness of the Namibian landscape has obviously done nothing to deter both flora and fauna from adapting and thriving. Here, the very act of survival can sometimes be an art. The sheer abundance and variety of wildlife of all sizes is staggering.

Namibia is over 26 million acres of wide open spaces. Dominated by a desert environment she has roads that disappear into the haze of the horizon that are dotted with eclectic farms and towns.

Namibians are deeply committed to protecting their natural resources and the country’s richness of wildlife can be attributed in large part to this commitment to conservation. Namibians live side by side with wildlife, including predators and large mammals. It is the only country in the world where large numbers of rare and endangered wildlife are translocated from national parks to open communal land. This commitment to protecting wildlife is especially important given the country’s remarkable diversity of species and a high level of endemism.

Namibia is home to approximately 4,350 species and subspecies of vascular plants, of which 17% are endemic. Six hundred and seventy-six bird species have been recorded, of which over 90 are endemic to Southern Africa and 13 to Namibia. Furthermore, 217 species of mammals are found in Namibia, 26 of which are endemic, including unique desert-dwelling rhino and elephants. This high level of endemism gives Namibia’s conservation of biodiversity a global significance.

Have a friendly chat with one of our experts about your options.

The most popular destinations in Namibia focus on Sossusvlei and the dunes. Most visitors neglect the Caprivi region and the Kavango River system. This is an oasis squashed between Namibia, Botswana and Angola and has some fantastic water and land based game viewing. To find out more about this area and how to make the most of your holiday here, contact us, we will have the best advice on where to go and what lodges are best. 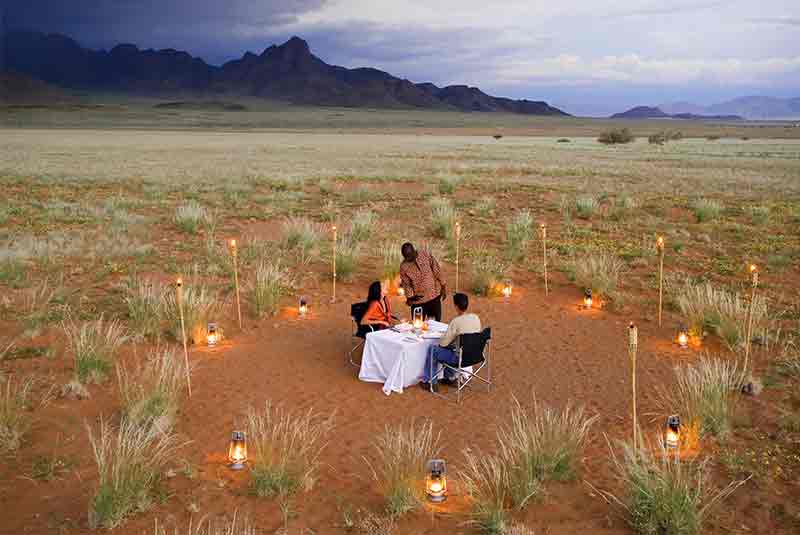 Sossusvlei has some incredibly luxurious fly-in lodges from Windhoek, the capital. Experience Africa in all its glory in luxury. From award-winning accommodation to tours led by zoologist with years of experience. Our luxury packages are put together to show case the finest points Africa has to offer.