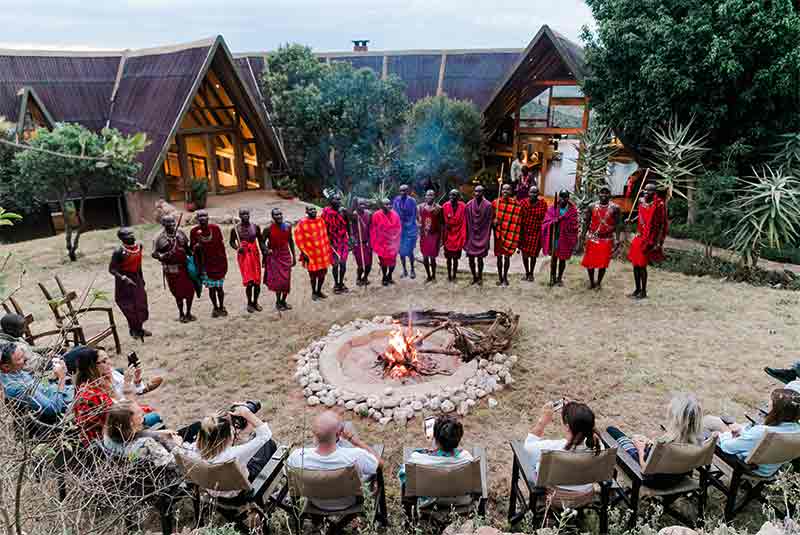 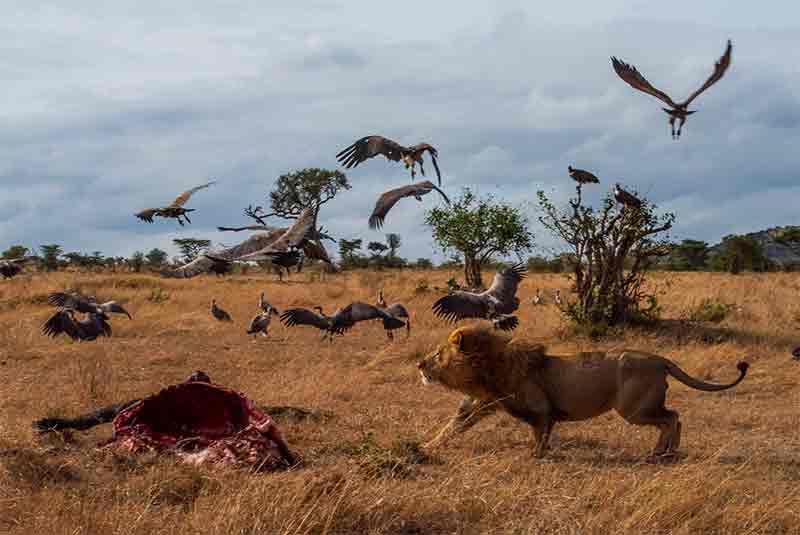 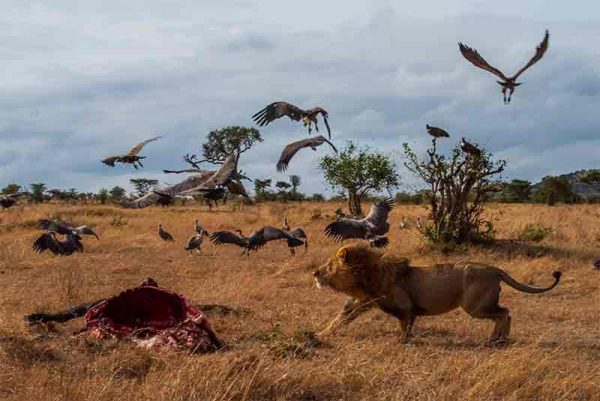 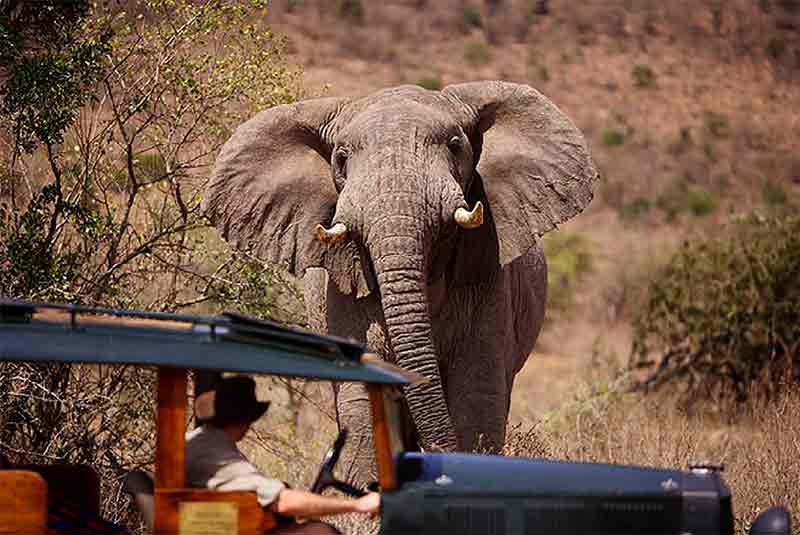 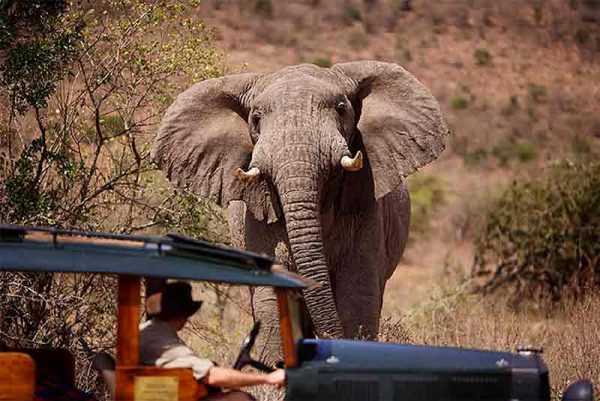 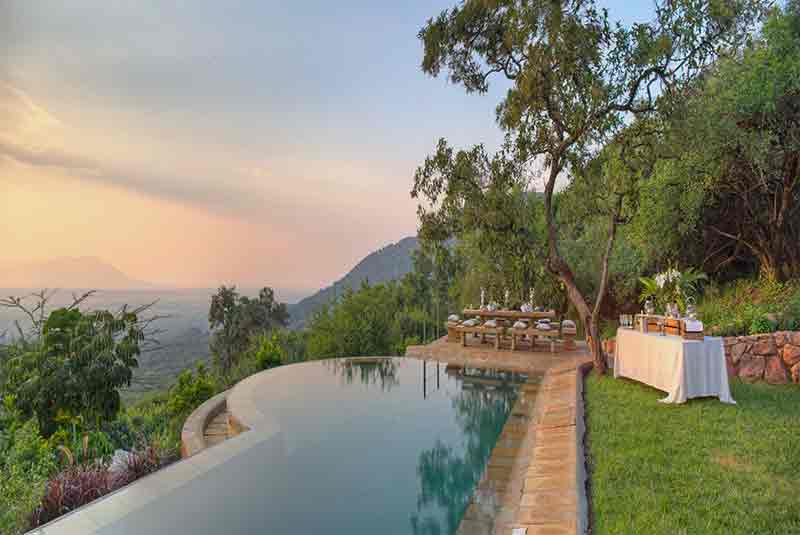 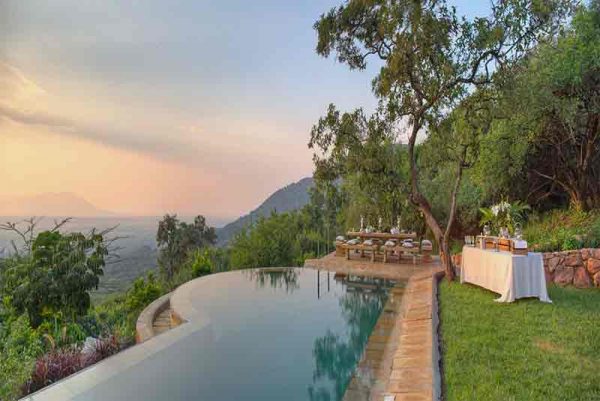 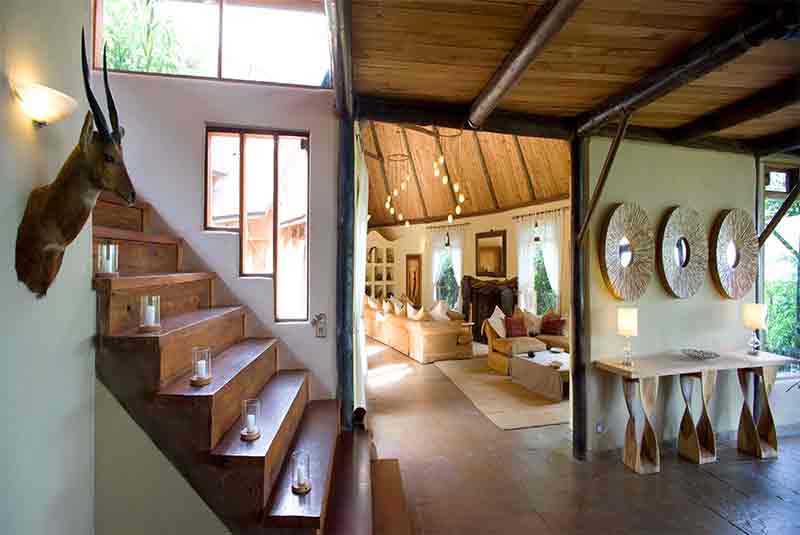 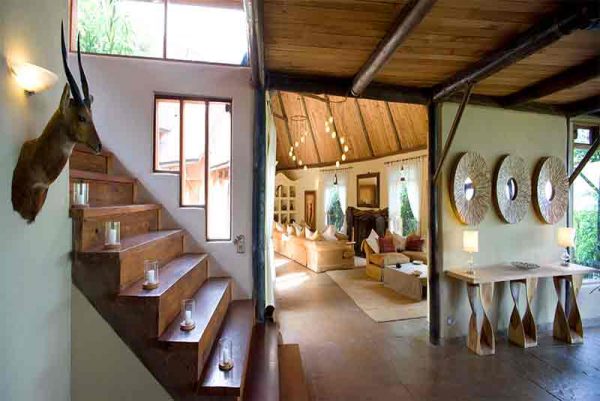 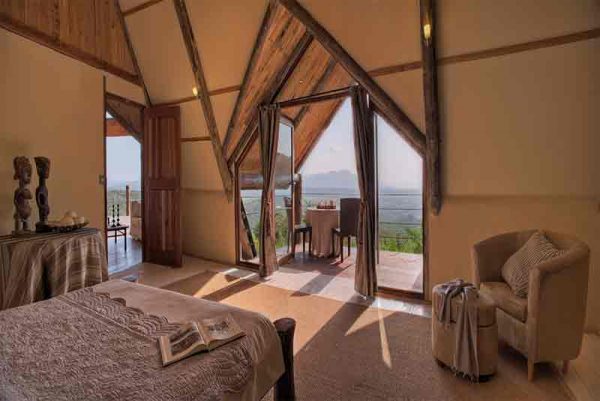 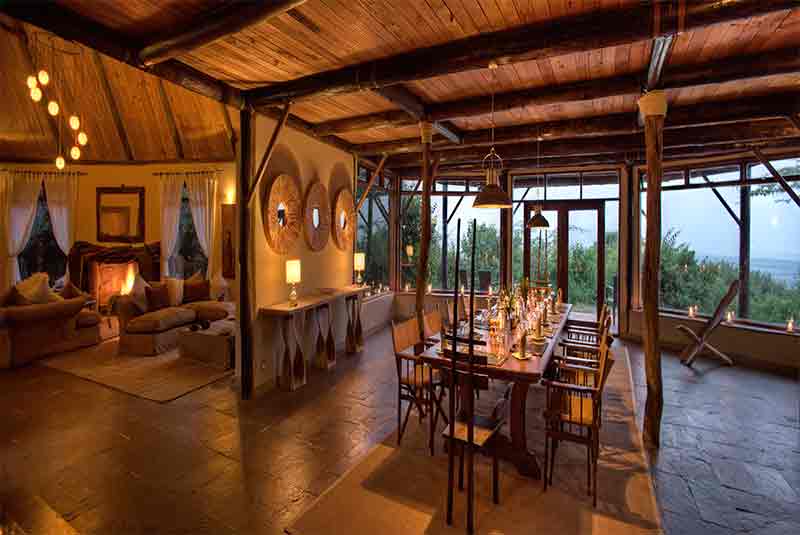 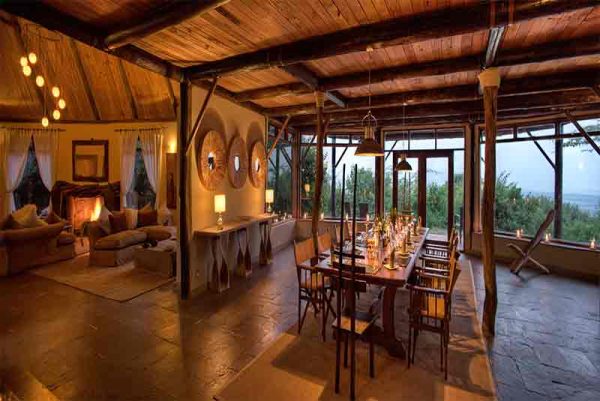 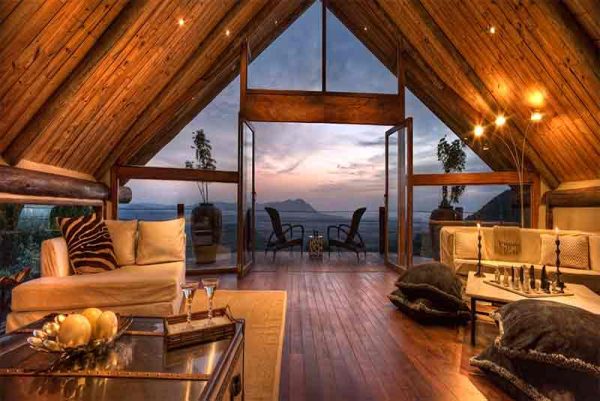 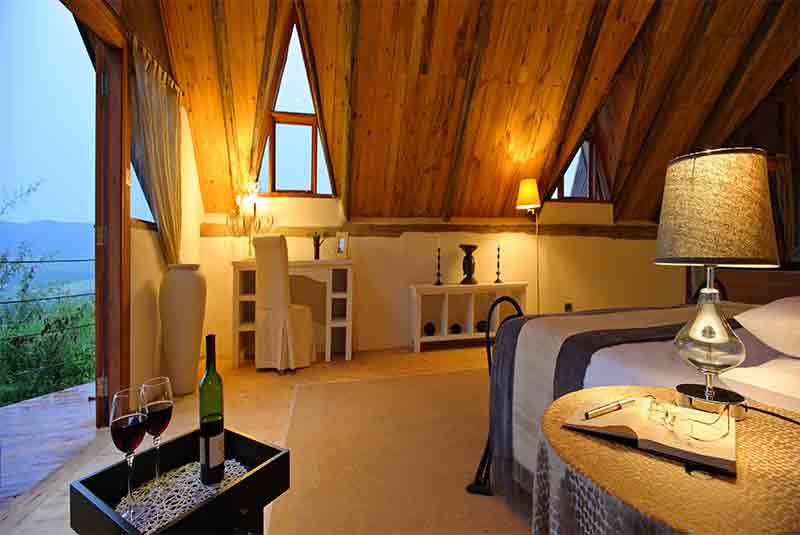 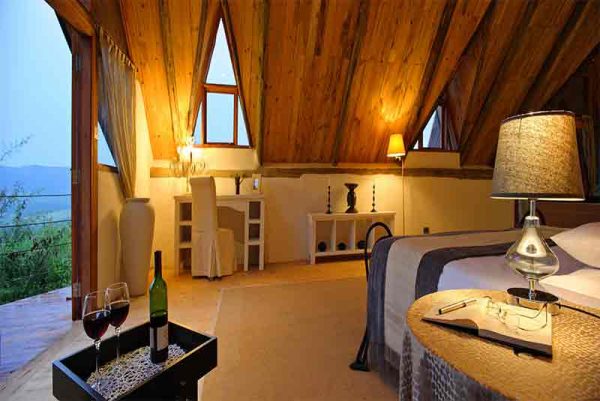 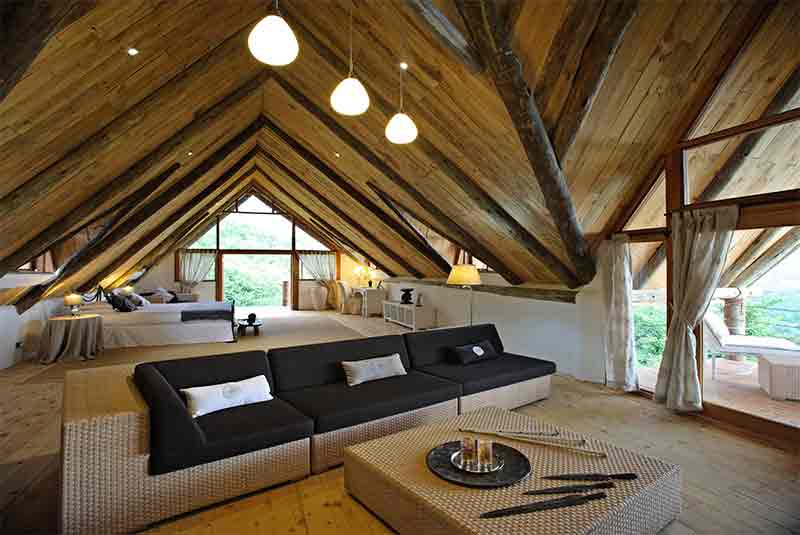 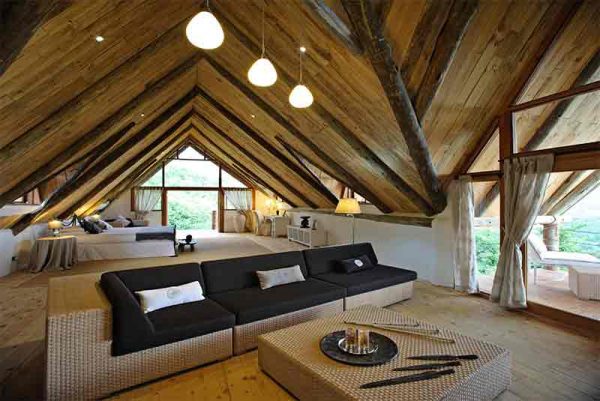 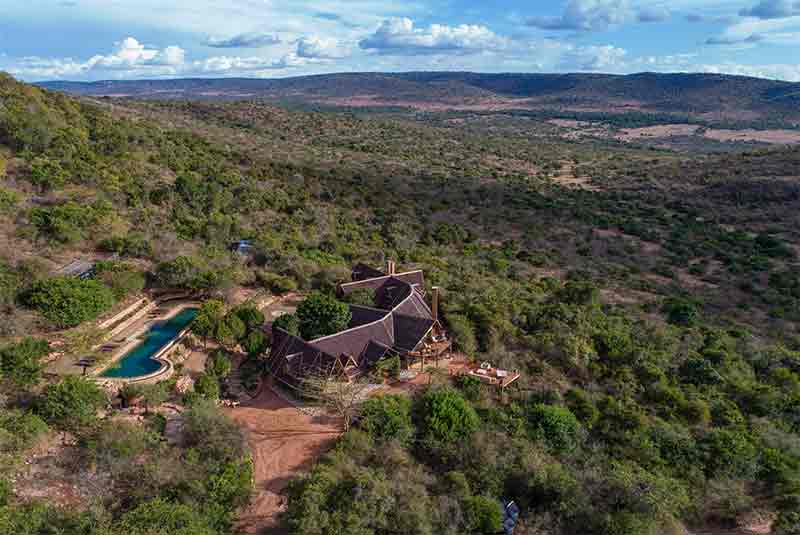 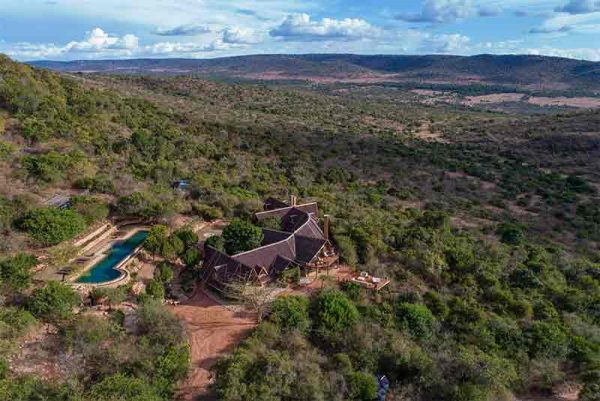 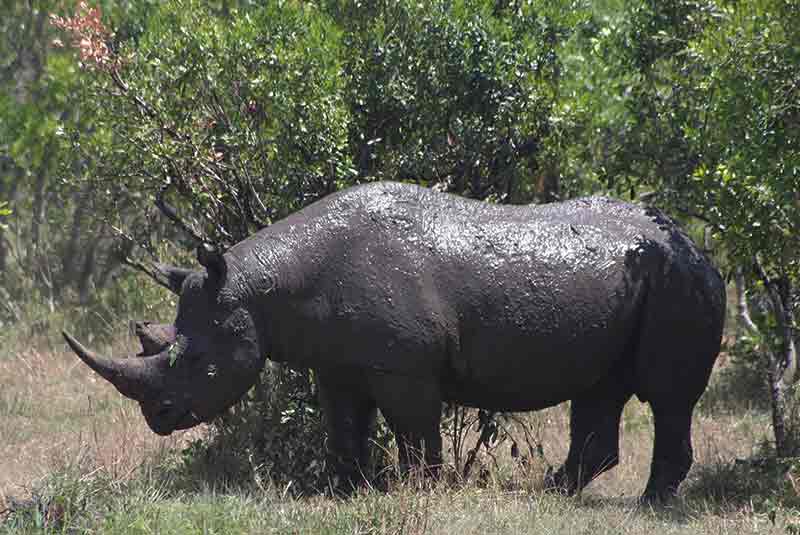 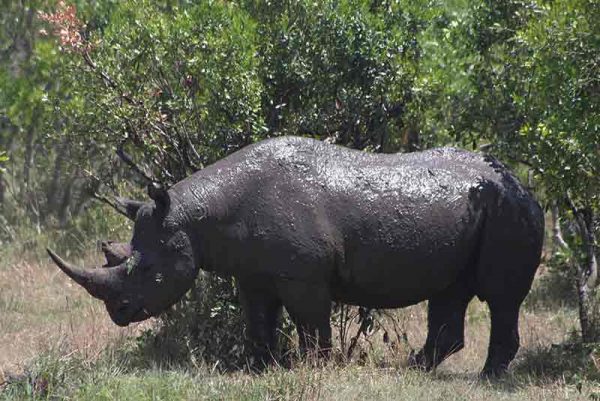 Cottar’s Bush Villa is a luxurious 6 sleeper house overlooking the Olderkesi Conservancy bordering the Masai Mara National Reserve. With several spacious rooms, private staff and incredible views this is the perfect private villa from which to explore the great migration.

Cottar’s Bush Villa has been built onto a forested hillside outside the Masai Mara National Reserve with panoramic views over the Olderkesi Conservancy. The house has been designed and built by the owners of Cottar’s 1920’s Camp and comprises two floors, several patios’ and sleeps six guests in a modern and luxurious atmosphere.

The entrance to the house is on the ground level with all the spacious and luxurious living and dining areas all on the lower level. Windows on both sides of the villa allow lots of light into the house increasing the feeling of space and light. The house has a staff of 8 that include chef, waiters, housekeeping, guide and spotter for game drives.

On entering the front doors the space leads onto the main living room deck that then descends to the lounge area complete with fireplace which is perfect for the cooler evenings during the Migration season.

The house has five en-suite bedrooms, the largest being on the first floor with two smaller rooms on the same floor, all are very comfortably furnished. One of the smaller rooms is an open plan design combining the bedroom and bathroom into one living space. The second smaller room has it’s own private patio.

Of the two downstairs bedrooms one is particularly large and quite private with it’s own private deck while the other room, while having a striking design, has a walk in shower and second private deck from which to enjoy the views.

Read our Country Information for travel advice to Kenya.

For more information on the Masaai Mara and the conservation visit the Masai Wilderness Conservation Trust and the Mara Conservancy website.

How to Get There

On arrival at Jomo Kenyatta International Airport you will be met by your safari representative who will drive you to Wilson Airport and assist you onto a light aircraft for your flight to Keekorok Airstrip. From the airstrip to the camp is a 2 hour game drive.

For assistance with domestic flights get in touch with us, we’ll make sure your safari plans are seamless.