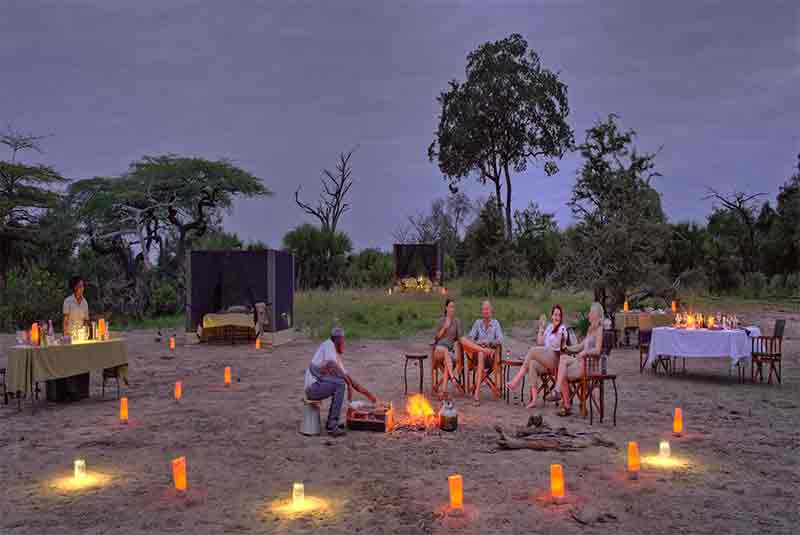 Citizens of the UK, the US, Canada, Australia, and most countries in the EU, need a tourist visa to enter Tanzania. Application details and forms can be found on Tanzanian Embassy web sites. US citizens can apply here. Tanzanian embassies issue single ($50) and double ($100) entry visas (handy if you’re planning to cross over to Kenya or Malawi for a few days). They do not issue visas for more than two entries.

Tanzanian tourist visas are valid for 6 months from the date of issue. So while planning ahead for visas is a good thing, make sure the visa is still valid for the length of time you plan to travel in Tanzania.

You can obtain a visa at all airports in Tanzania as well as at the border crossings, but it is advised to get a visa beforehand. In order to get a visa, you have to have proof that you plan to leave Tanzania within 3 months of your arrival.

Several vaccinations are highly recommended when traveling to Tanzania, they include:

It is also recommended that you are up to date with your polio and tetanus vaccinations. Rabies is also prevalent and if you’re planning to spend a lot of time in Tanzania, it may be worth getting the rabies shots before you go.

There’s a risk of catching malaria pretty much everywhere you travel in Tanzania. While it’s true that areas of high altitude like the Ngorongoro Conservation Area are relatively malaria-free, you will usually be passing through areas where malaria is prevalent in order to get there.

Tanzania is home to the chloroquine-resistant strain of malaria as well as several others. Make sure your doctor or travel clinic knows you are traveling to Tanzania (don’t just say Africa) so s/he can prescribe the right anti-malarial medication. Tips on how to avoid malaria will also help.

Tanzanians are well known for their friendly, laid-back attitude. In most cases, you will be humbled by their hospitality despite the fact that most people are a lot poorer than you. As you travel in the touristy areas, you will probably attract your fair share of souvenir hawkers and beggars. Remember that these are poor people who are trying to earn money to feed their families. If you aren’t interested then say so but try and remain polite.

Roads in Tanzania are pretty bad. Potholes, road blocks, goats and people tend to get in the way of vehicles and the rainy season completely wipes out half the country’s roads. Avoid driving a car or riding a bus at night because that’s when most accidents happen. If you are renting a car, keep the doors and windows locked while driving in the major cities. Car-jackings occur fairly regularly but may not end in violence as long as you comply with demands made.

The rainy seasons in Tanzania are from March to May and November to December. Roads become washed out and some parks even have to close. But, the rainy season is the perfect time to get good deals on safaris and enjoy a quieter experience without the crowds.

GETTING TO AND FROM TANZANIA

If you’re planning to visit Northern Tanzania, the best airport to arrive at is Kilimanjaro International Airport (KIA). KLM has daily flights from Amsterdam. Ethiopian and Kenya Airways also fly into KIA.

If you’re planning to visit Zanzibar, southern and western Tanzania, you’ll want to fly to the capital Dar es Salaam. European carriers that fly into Dar es Salaam include British Airways, KLM, and Swissair (which codeshares with Delta).

To get from northern Tanzania to the capital Dar es Salaam, or to fly to Zanzibar, there are several scheduled flights you can take.

All the major car rental agencies and plenty of local ones can provide you with a 4WD (4×4) vehicle in Tanzania. Most rental agencies do not offer unlimited mileage, so you’ll have to be careful when calculating your costs. The roads in Tanzania aren’t very good especially during the rainy season and gas (petrol) is expensive. Driving is on the left side of the road and you’ll most likely need an international driving license as well as a major credit card to rent a car. Driving at night is not advised.

If you’re driving in the major cities beware that car-jackings are becoming more commonplace.

If you’re planning a self-drive safari in Tanzania then the Northern circuit is a lot easier to navigate than the western or southern wildlife parks. The road from Arusha to the Serengeti takes you to Lake Manyara and the Ngorongoro Crater. It’s in reasonable condition, although getting to your campsite may not be as easy once you’re within the park gates.

For some of the finest walking safari experiences book at Jongomero Camp.