More natural wonders await in northern Uganda, home to the magnificent Murchison Falls, and in the east, where visitors will find the outstanding desert crags and ossified anthills of Kidepo. Regardless of where you go in Uganda, when it comes to leaving, it will be with a reluctant and heavy heart.

From gorilla treks to the Murchison Falls, the Kidepo Valley and Lake Victoria islands.

Visit the popular Queen Elizabeth National Park, which is home to four of the Big Five, a flock of flamboyant flamingos and the rare tree-climbing lions of Ishasha.

View all the treks and package options

Located in Eastern Africa, Uganda shares borders with South Sudan to the North, Kenya to the East, Tanzania and Rwanda to the South and the Democratic Republic of the Congo to the West. 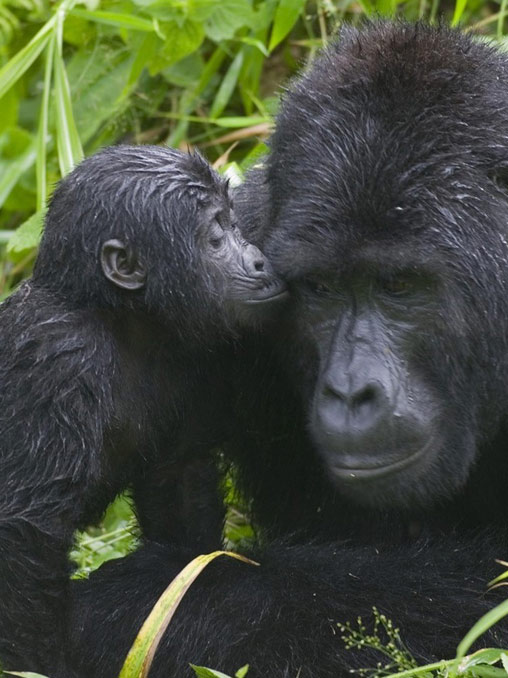 From the second you step off the plane, the overwhelming impression of Uganda is one of rich natural diversity, friendly locals and a burgeoning cultural scene that is currently producing some of the most exciting artists in Africa.

Culturally, much of the action happens in the capital, Kampala, a hilly urban sprawl ringed by farmland and perched on the muddy banks of Lake Victoria. While most foreign travellers confine themselves to the city centre or the diplomatic quarter, Kololo, it’s worth venturing into the bustling bars and clubs of Kabalagala, where expats and locals meet for a slug of the local Nile beer and a friendly game of pool.

Away from the capital, Uganda’s towns and cities have little in the way of diversions (although Jinja’s location on the banks of the River Nile has made it a favourite with thrill-seeking rafters). Instead, head west towards the Congo border where, along with the fascinating pygmy people of Fort Portal, Uganda’s natural wonders reveal themselves.

The star attraction, though, is the iconic mountain gorilla, which can be found further south in Bwindi Impenetrable Forest. While you’re down there it’s also worth taking a detour to Lake Bunyonyi, a mountain retreat famed for its stunning vistas and freshwater crayfish. Farther North is the Kidepo Valley with plains that stretch to the horizon, elephants and plains game wander here in harmony.

Speak to our Uganda specialist to discover your options.

Visit the popular Queen Elizabeth National Park, which is home to four of the Big Five, a flock of flamboyant flamingos and the rare tree-climbing lions of Ishasha.

Spend a bit more, see a bit more. Our Uganda expert has been to quite a few of the mid range hotels, guest houses and lodge in Uganda and will best advise you. Quantity does not always mean quality and we have experienced some incredible service for next to nothing so get in touch for expert advice. 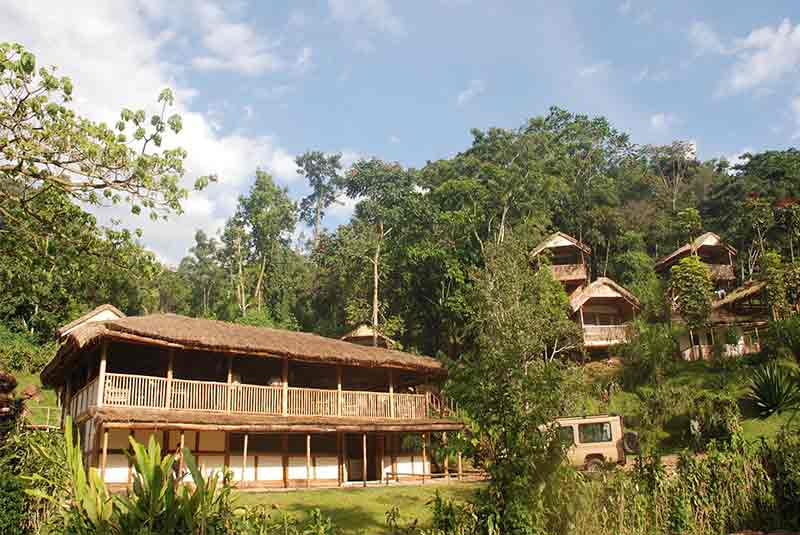 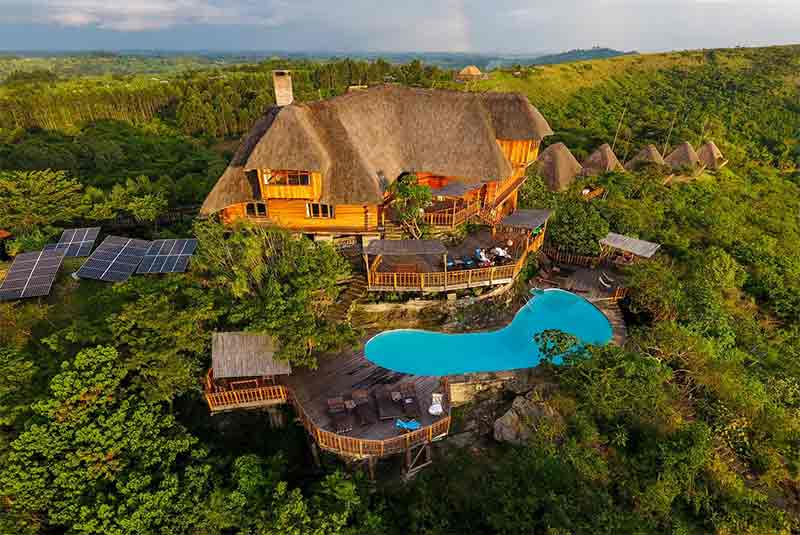 Incredible views, constant attention, the finest cuisine and the most incredible rooms we have ever seen in 40 years of travelling Africa. Luxury is definitely the best way to go. Perched on jagged mountains with views over the forests and plains of this beautiful country it is worth spending a bit extra for the memories you will have. Talk to our Uganda expert for a lodge or view that you want to wake up to.